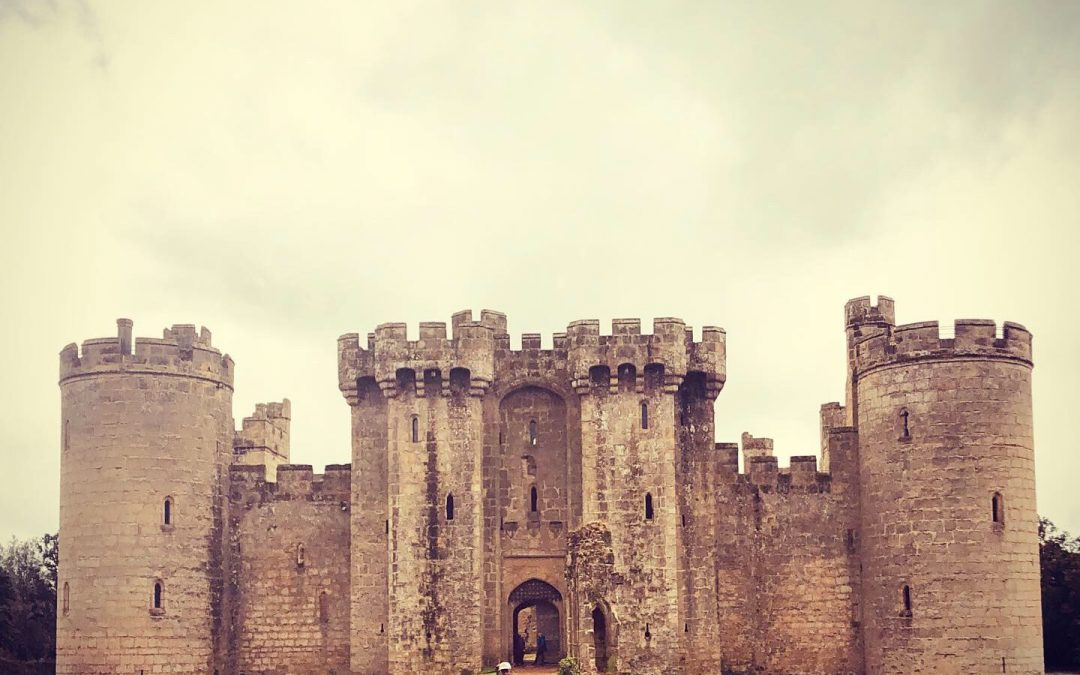 My teeny iPhone camera does not even begin to capture the imposing magnificence of this 14th century moated masterpiece.

Bodiam Castle was built in 1385 by Sir Edward Dalyngrigge, a knight of Edward III, with substantial support from his well-to-do wife and the permission of Richard II. The Castle’s raison d’etre was to protect the area from French invasion during the Hundred Years’ War, a series of conflicts waged from 1337 to 1453 by the Plantagenets,  rulers and the House of Valois over the right to rule the Kingdom of France. ️Naturally… one kingdom is never enough?

Surrounded by 24 acres of breath-taking lush, green landscape overlooking the nearby village, Bodiam is positioned to give visitors ample time to walk and take in her historic splendour and grandeur.

As we got closer to the Castle, my heart was immediately thrown into a euphoric, childlike state of joy! I couldn’t decide whether it was the joy of giving my son the opportunity to experience learning in this tangible and authentic way or if it was the feeling that I’d just walked into the perfect romantic medieval film set. Perhaps it was just that reckless abandon I often feel when overcome by the beauty and fresh air of stunning, green open spaces. Seriously, I’m talking the sudden desire to do cartwheels, burst into song and dance or suddenly hug people around me. Don’t take me to the countryside.

️Being far too British to let it all hang out, I channelled my sudden burst of giddiness into capturing the memory.

Sonshine on the other hand, captured his joy through music by selecting the perfect soundtrack for the moment. So, with Vavaldi’s Four Seasons in mind, birds in the air, delight of little animals and insects scurrying around in the green and seeing cordial fish dancing in the moat, our hearts were duly full with a multi-sensory awe, suitable for entry into a majestic, medieval castle! 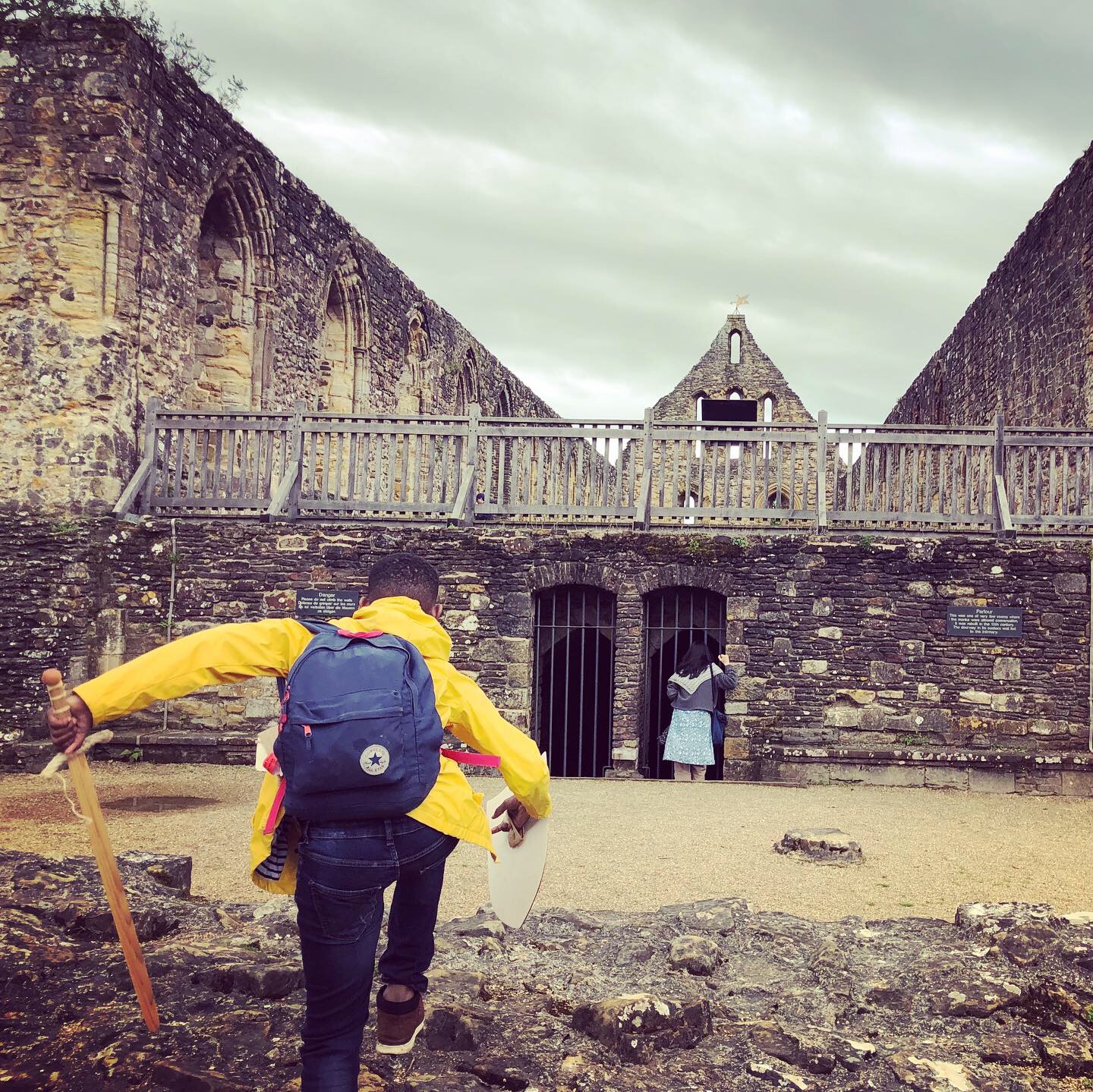 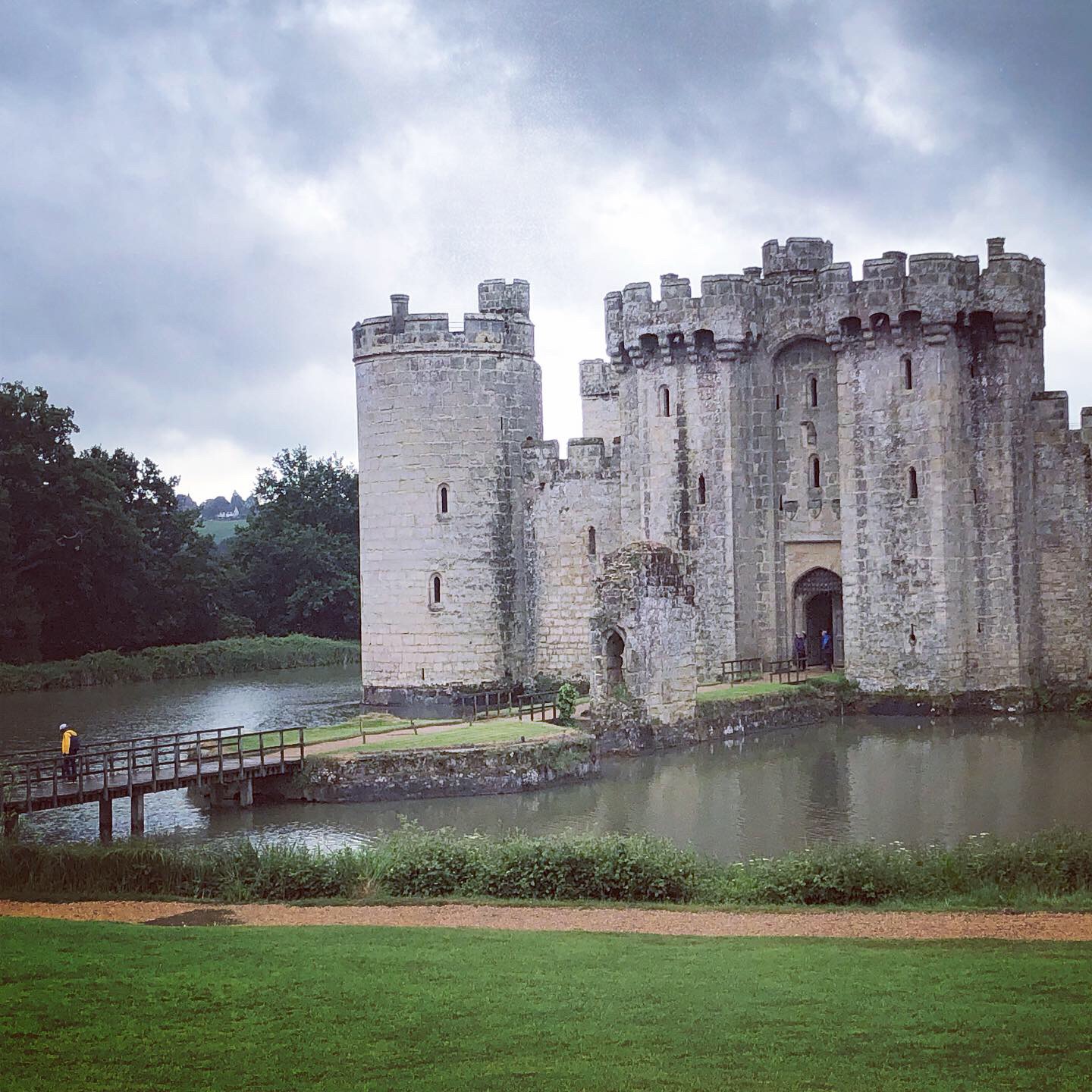