Time Traveling Through the Ages 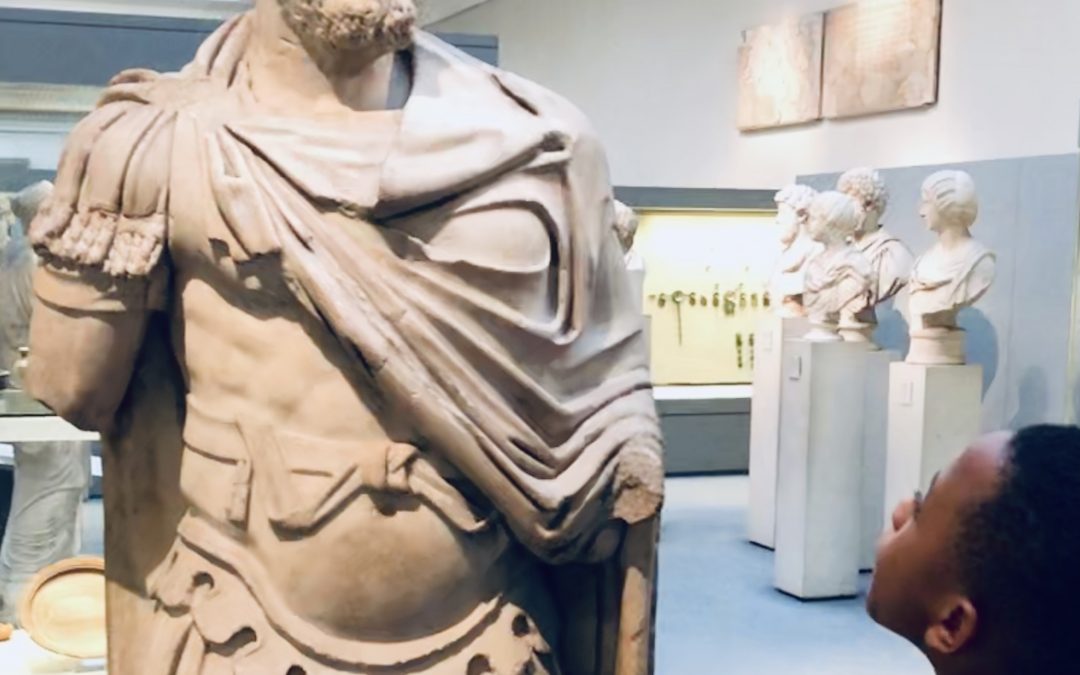 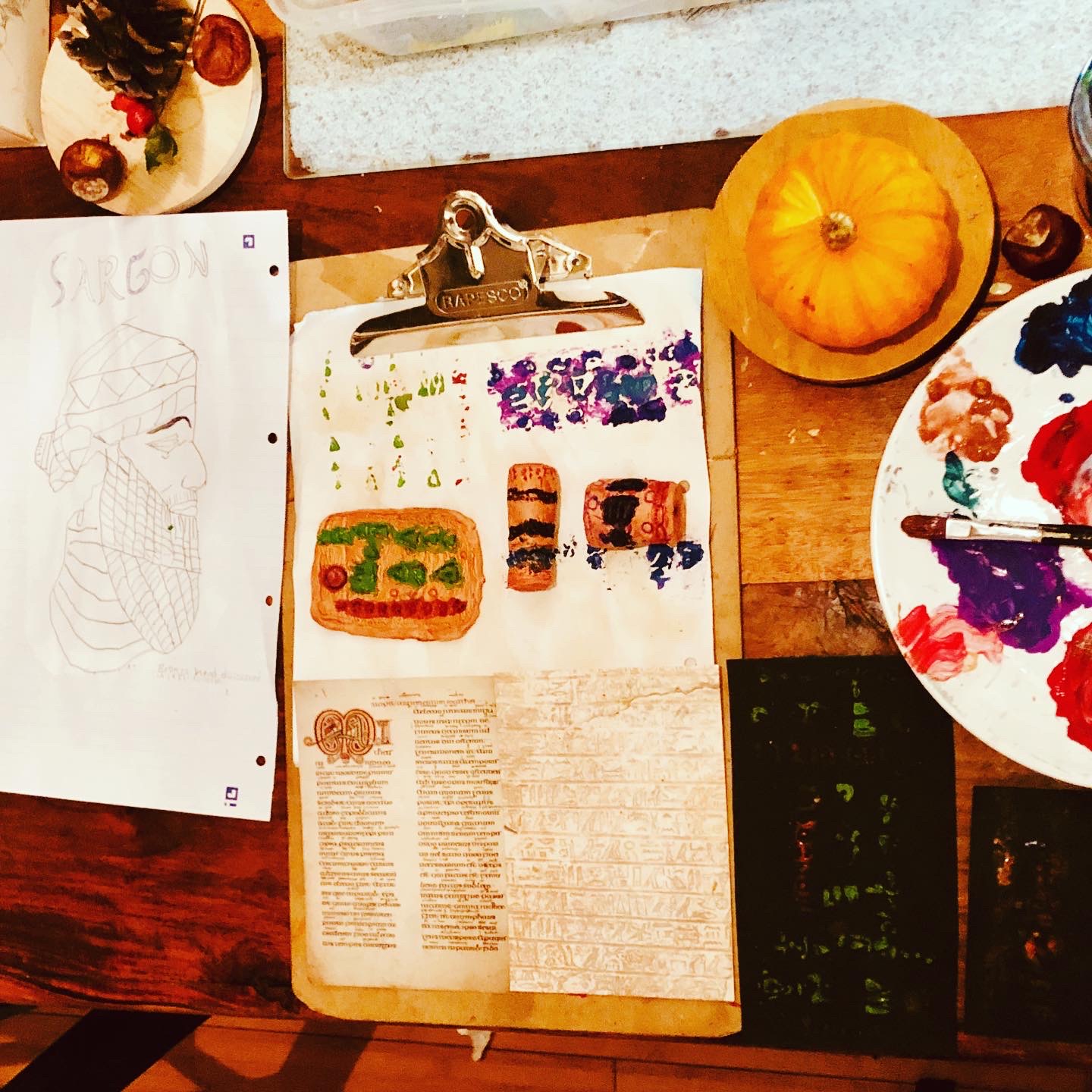 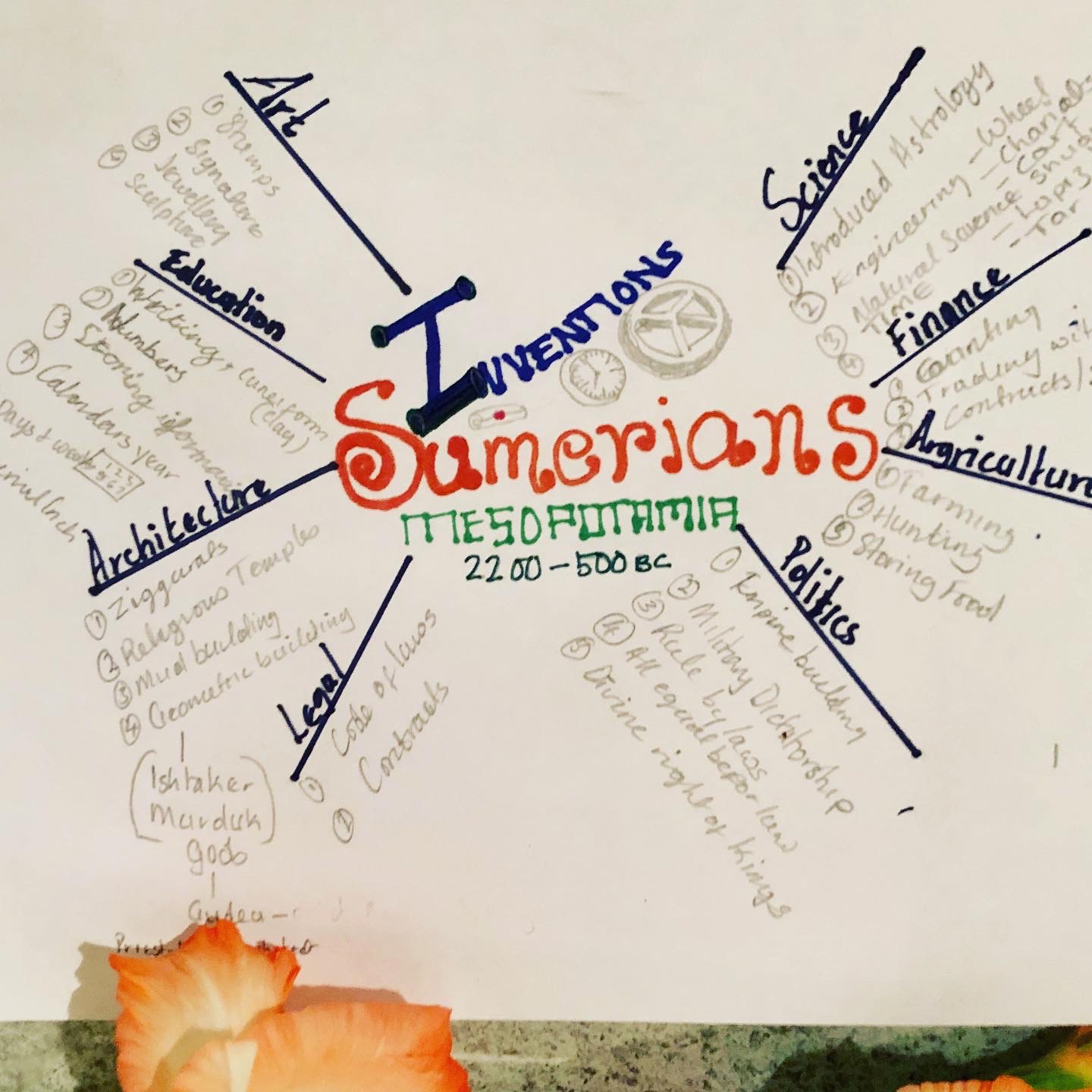 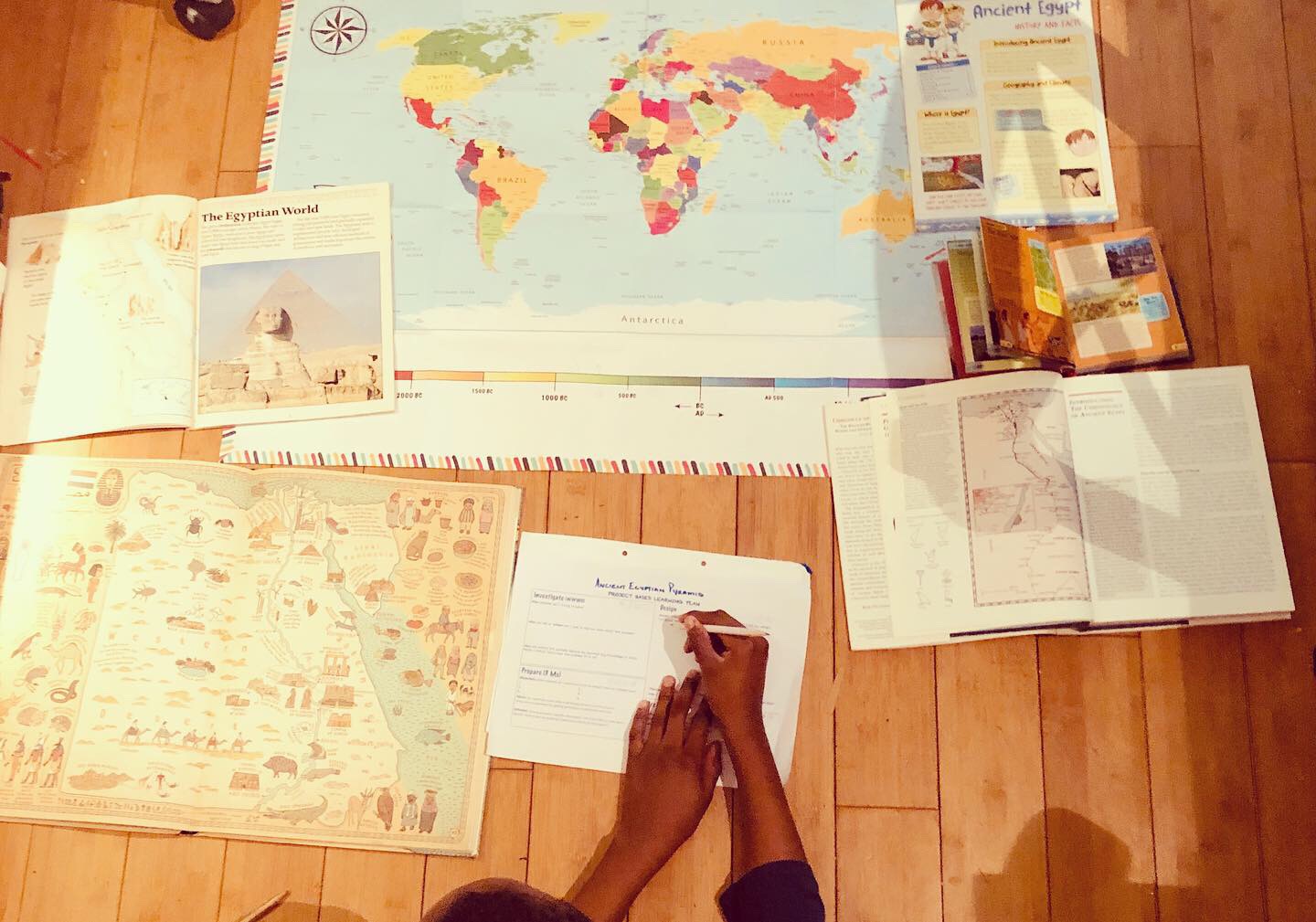 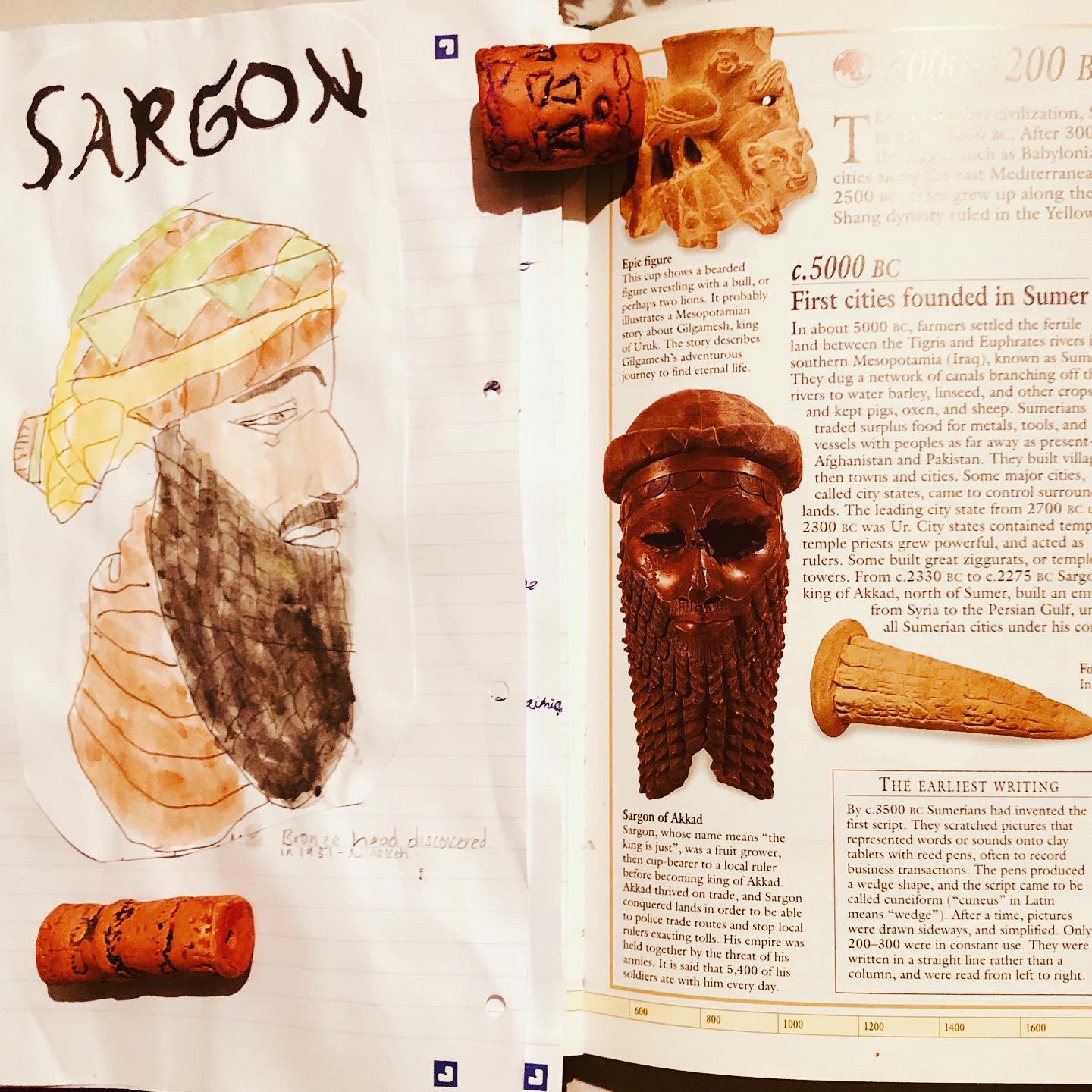 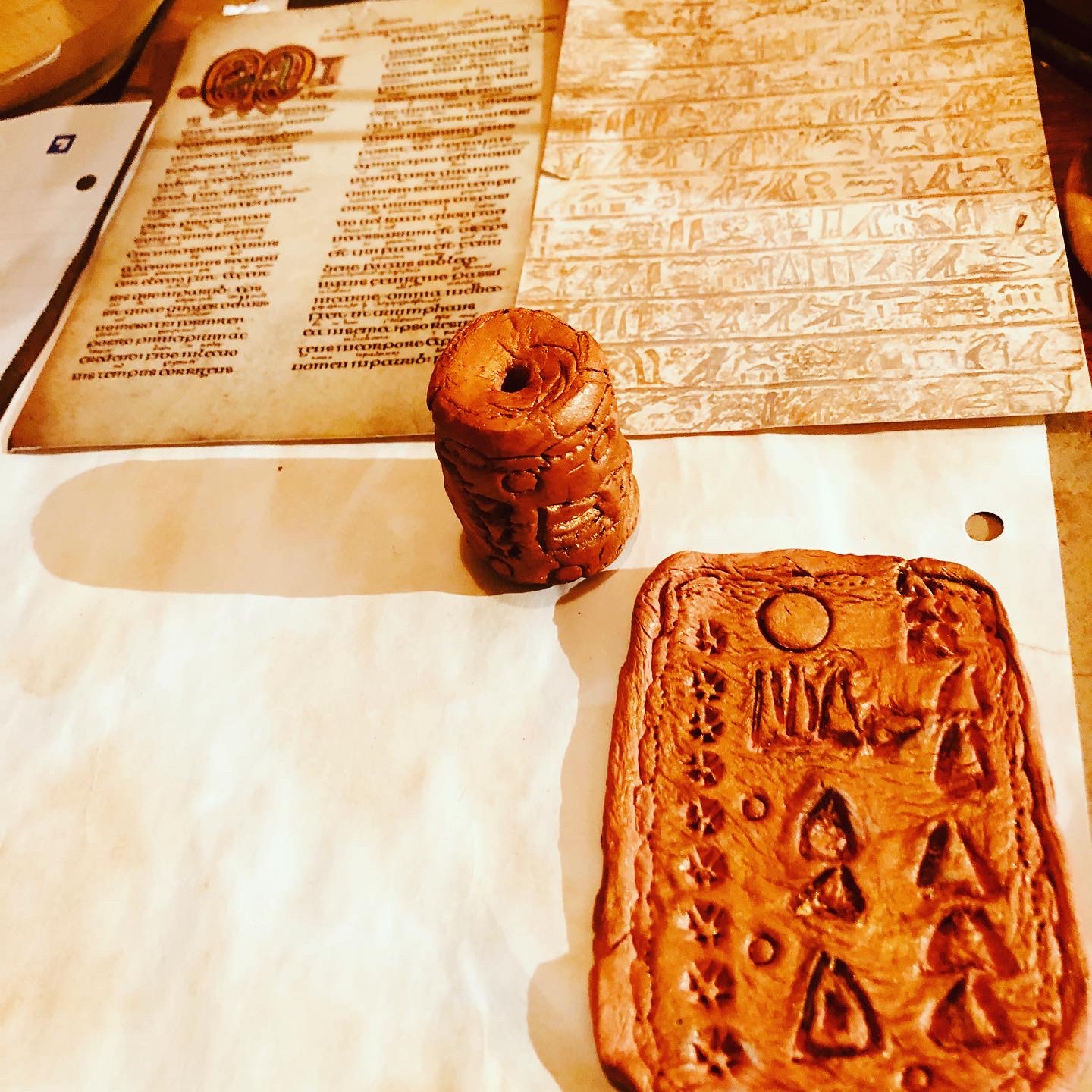 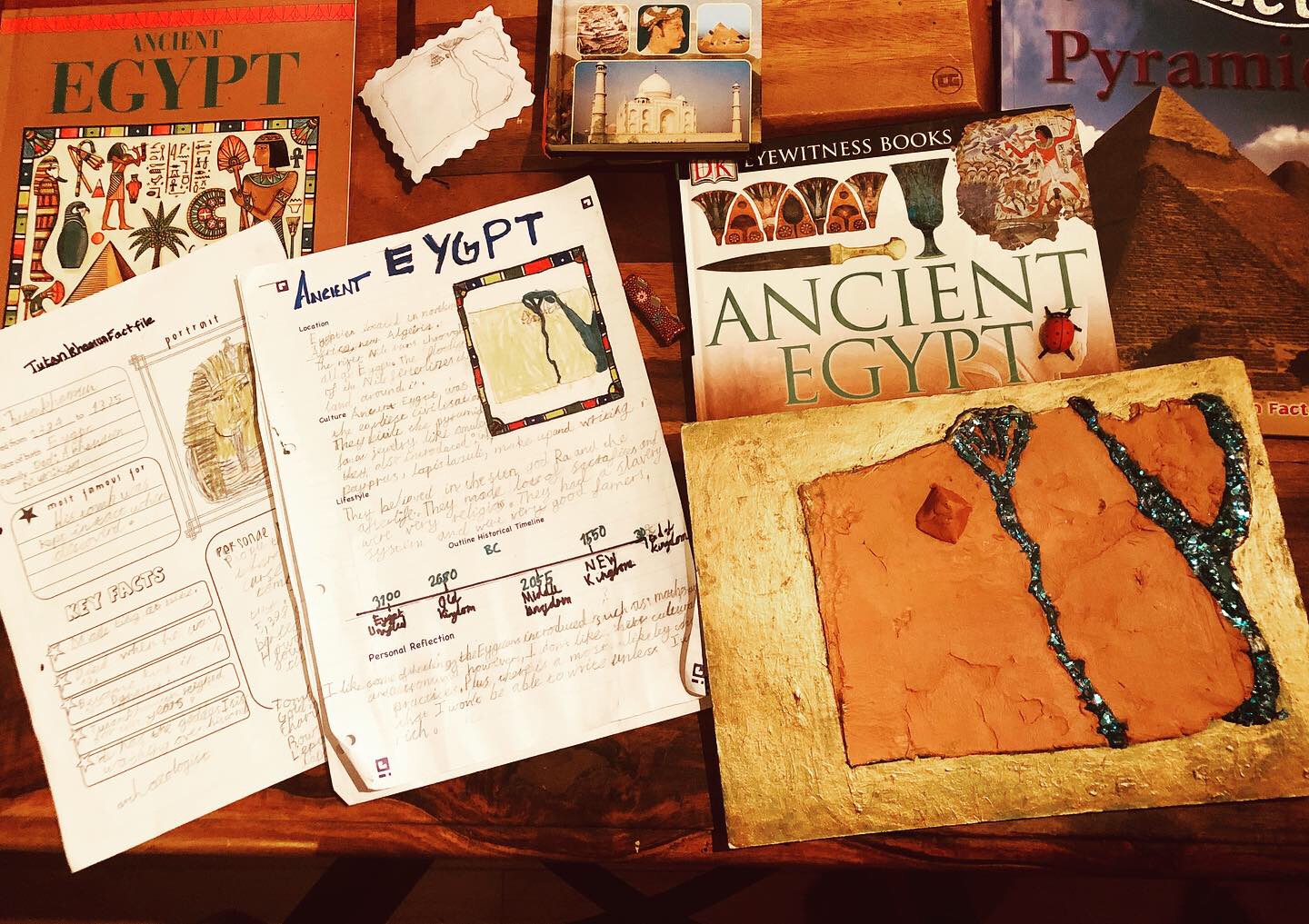 You would not believe it if I told you but Sonshine and I are now time-travellers. In the last four months we’ve travelled 5,000 years from Ancient Sumer to Medieval Britain.

What a trip that was! Not only have we amassed a shelf full of much cherished handcrafted artefacts, we’ve also cross checked our collection against world class museum displays to make sure weren’t tripping. However, this did not protect me from those surreptitious moments of cognitive dissonance, as I tripped somewhat in trying to reconcile my prior knowledge with new discoveries.  Let’s just say, I am grateful my faith is as grounded in an experiential relationship that corresponds with my understanding. I am confident in what I believe.

Back to time traveling.

Imagine Mr Peabody and Sherman in their shiny red ‘WayBack’ time machine. Ok, not so fast. Let’s face it, Sonshine has a higher chance of being more like Sherman than I could ever dream of being the awesome  genius dog, Mr Peabody, but you get the picture.

Early one September morning, we headed off to the civilised city of Sumer in ancient Mesopotamia. Our first encounter was a cultural orientation lesson on the epic tales of Gilgamesh. He was the first Sumer demigod king who, devoid of virtue and self-restraint, used his superhuman strength and lust for power to lord over his people. Well, he soon met his match and legend has it, many of his successors learnt to play much nicer after that.

Traveling through Sumer, we became enraptured by the similarities between their way of life, culture and architecture and those of the early Egyptians. We lingered over their use of clay for writing and stamp-making. What enthralled us most was the audacious story of the first baby to be found floating in a basket up a river. You might know this mysterious baby turned royal gardener, the then King of Kish’s cup bearer, military dictator and first ever empire builder, as Sargon the Great.

We moved down stream to Southern Mesopotamia in Babylon, where we took our first human rights lesson from the just king Hammurabi. As we unpacked his Code, we found an uncanny resemblance between it and the Mosaic laws. It must be the Ur-Abrahamic legacy.

After much scrambling for power between northern and southern Mesopotamia, we found ourselves crouched in a large cave containing the library of the lion hunting Assyrian King, Ashburnipal of Nineveh. I’m sure Jonah the prophet would have had words about our affinity for the fierce librarian king, through his insatiable appetite for reading and collecting great stories.

Off we went again, this time back to Babylonian Empire where we found ourselves obsessing over the visionary design of the hanging gardens of Babylon. Sonshine even tried to create a Lego replica of his own. Notably, it was the love story behind this, the most glorious wonder of the world that stole our hearts; well mine at least. A note to future hubby: be inspired by Nebuchadnezzar’s infinite love for his Persian wife, Amytis.

Enter the Medes and Persians. Cyrus the Great, the Persian king who sent the Israelites back to their homeland, had quite the childhood. You know the tale where a power-crazed uncle/father/ruler gets a premonition that a young child will one day overthrow him, so he then conspires to get rid of the child before they come of age but by some divine intervention, somehow the prophecy is fulfilled anyway? Yeah, that story. It’s found in the Greek myth of Oedipus, Shakespeare’s Perdita in a Winter’s Tale and dare I say even our very own Christ almost endured a similar fate at hands of Herod the Great.

Gliding swiftly past the familiar territories of Greece and Rome; heaven knows, we beat that Trojan horse dead enough last year, we headed up north to meet the “barbaric” Celts, Saxons, Angles, Jutes  and Vikings. We had just got settled into building longships, Sutton Hoo masks and Milnors, when William the Conqueror booted us out of our comfort zone. Now we are stuck in a medieval castle, and Sonshine has volunteered himself as a Page to learn all things chivalrous and knightly. I on the other hand, utterly refuse to languish in a  keep, wasting my “golden years” waiting be rescued. I’m strategizing my own cunning plan.